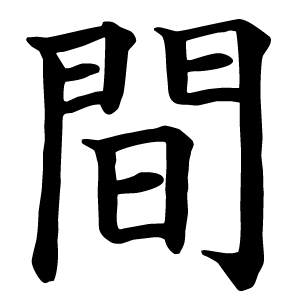 I discovered the Japanese concept Ma thanks to Peter Hawkins, Professor of Leadership at Henley Business School.

In Japanese Ma can be translated as “gap”, “space”, “pause”.  In traditional Japanese arts and culture, ma refers to the artistic interpretation of an empty space and is often as important as the rest of an artwork. MA is in the purposeful pauses in a speech which make words stand out. Ma is in the silence between the notes which make the music.

Coaching and supervision enable to slow down, take a break from our everyday work and reflect. If we don’t take regular breaks, we may lose our essence.

Examples of ma appear in this old poem:

Thirty spokes meet in the hub,

though the space between them is the essence of the wheel;

Pots are formed from clay, though the space inside them is the essence of the pot;

Walls with windows and doors form the house,

though the space within them is the essence of the house.

The space between creates the frame,

To see the heavens

So we can realise